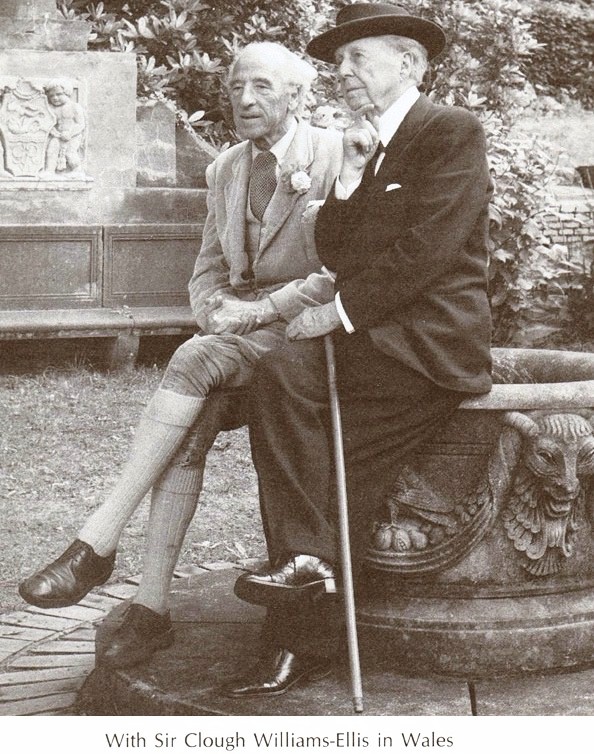 How many countries did Wright visit and when?

A tour guide at Taliesin asked me this question and so this is what I was able to answer for them based on the books I had around me. I won’t stick to an alphabetical order; just roughly chronologically.

He took his first trip to Japan in February 1905 with his first wife Catherine (Kitty) Tobin. 1 They were there three months (this came from Meryle Secrest’s biography on Wright, Frank Lloyd Wright: A Biography (University of Chicago Press, Chicago, 1992; HarperPerennial, HarperCollins, New York City, 1993), 187).

He took photographs in Japan that are wonderful. His son, David Wright, 2 gave the photographs to the Frank Lloyd Wright Trust, and they published a book with 50 of the photographs almost three decades ago. In 2017, these images were also put into an online exhibit.

In 1909, Wright’s left the United States for Europe, ostensibly to check on his portfolio

while earlier that summer, Mamah Borthwick (then Mamah Cheney) had departed from her husband, Edwin, to visit a friend in Colorado. Wright and Borthwick met up in New York City, leaving for Europe in October. They would stay together in Europe for one year. Architect/Architectural Historian, Anthony Alofsin, pieced together the best account of Wright’s travels in Europe in his book, FLLW: The Lost Years, 1910-1922: A Study of Influence.

I mentioned Alofsin’s book in my post, “This Book is Going to Be Big“

We knew that Wright was in Berlin with Borthwick several weeks after they arrived in Europe. And Wright also wrote about being in Paris in 1910 in his Autobiography. Anthony Alofsin pinpointed Wright’s time in Vienna, Darmstadt (Germany), and Fiesole (Italy).

In the summer of 1910, Wright applied for an emergency passport to go to Turkey with his “wife” “Mamah Borthwick Wright”, but there isn’t proof that he and Borthwick actually made it into that country.

And Wright also visited architect and friend, Charles Ashbee, in Great Britain when he first went to Europe, then, visited again in September 1910, after he had left Borthwick on the continent.

She had to stay away until she and her husband, Edwin Cheney, had been separated for two years before she could receive a divorce based on family abandonment.

Wright returned to Europe in January 1911 while checking on the Wasmuth Portfolio.

Wright started Taliesin in 1911, Borthwick moved in, but they both stayed rather silent after the drama of 1911-1912

written about in a “Flashback” at the Chicago Tribune, which I wrote about in “The Stuff is Fun for Me“

But, then in 1913, they both went to Japan. Wright did this in his pursuit of a large commission in Tokyo: the Imperial Hotel. They were there January 26 and returned in May.

Then there was the Imperial Hotel commission:

Wright secured the commission in late 1916 and would spend a lot of time in Japan from then until 1922. 3 While the hotel was not formally opened until 1923, Wright left the site in 1922, and never returned to Japan.

From the rest of the 1920s, he stayed in the United States.

He visited “Brazil in 1931 as a judge for the design for the Columbus Memorial, by invitation of the Pan-American Union of Architects.” “Wright and South America,” by Alberto Sartori, in Frank Lloyd Wright: Europe and Beyond, ed. by Anthony Alofsin (University of California Press, Berkeley and Los Angeles, 1999), 148.

Wright participated in the 1937 “Conference of Architects” in Moscow with his wife, Olgivanna, for a week. It’s kind of hard knowing that the Wrights were in the Soviet Union during Stalin’s purges.

But according to Bruce Brooks Pfeiffer (who assembled Wright’s archives) Wright wrote an unpublished essay after the trip praising the people, but not the system (Frank Lloyd Wright Collected Writings, volume 3: 1931-39). 4

He went to Mexico City in 1952 as part of the 60 Years of Living Architecture show.

He went to Iraq in 1957 for a commission to design an opera house in Baghdad (he redesigned the entire city; the city & the Opera House were never completed due to the overthrow of King Faisal II in 1958). 5

For years I played a “Triviathon” with friends on New Year’s Eve. It’s done over the radio out from a nearby town, with “teams” of people listening at home and calling in the answers. It was an enjoyable way of seeing in the new year with no loud bars, or worrying about bad winter weather-driving, and over-anxious police officers (we all lived close to each other).

Several of us had worked at Taliesin in various capacities, so all of us knew the answer to the trivia question, “This architect and toy designer said he was inspired by his father’s design in Asia for his Lincoln Logs.” However, I was the one who immediately yelled “Baghdad!!” when the trivia question asked Wright, the Middle East, and the year 1957.

The photograph at the top of this page is from the book, Frank Lloyd Wright: The Crowning Decade, 1949-1959, ed. by Bruce Brooks Pfeiffer. As the photograph was in that book, I assume this is the property of The Frank Lloyd Wright Foundation Archives (The Museum of Modern Art | Avery Architectural & Fine Arts Library, Columbia University, New York).

1. A nice write up on “Kitty” is a .pdf at the Frank Lloyd Wright Trust, here.

3. Wright scholar, Kathryn Smith, traced Wright’s trips to and from Japan in the article, “Wright and the Imperial Hotel: A Postscript,” Art Bulletin 67, no. 2 (June 1985).

5. Knowing the name of King Faisal, and the year that he was overthrown, is another example of something that I know because of my years at Taliesin.