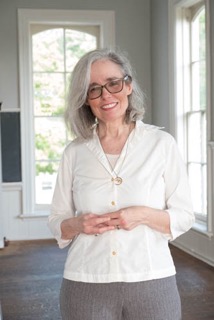 One spring day in the mid-1990s while pursuing my Master’s in Art History at UW-Madison, I was at my work-study job in the 35mm slide library. Talking to a fellow student about the upcoming summer I mentioned wanting to get out of Wisconsin’s capitol and seeing more of the state.

James Dennis, one of the department’s Art History professors, overheard the conversation. Dennis, who lives in the home Frank Lloyd Wright designed for Herbert and Katherine Jacobs (a.k.a. Jacobs I/Usonia1), said, “You know they’re hiring at Taliesin.” A week or two later I was hired as a tour guide on the Taliesin estate. My passion for Taliesin, and most things “Wright” was launched and has not diminished; only gotten stronger as I came to intimately know the 7 buildings on the estate (5 designed by the architect).

I believe Wright’s home and estate meant more to him than any other place in the world. The valley holding the estate was where he spent his summers from 11-18 working on the farm of his uncle James while surrounded by his mother’s side of the family. He wrote later that this was where he learned that “the secret of all the human styles in architecture was the same that gave character to the trees.” Moreover, his home Taliesin saw some of the greatest tragedies and greatest triumphs of his life.

I like Wright’s work because of the way it makes me feel. He used light, texture, and color in a way that makes me happy. He added surprises around each corner that can fill me with awe.

And the estate where he built his home, Taliesin, is unique. Wright’s first substantive relationship to nature was inculcated on that actual piece of the land that would later become his Taliesin estate: the first time he was sent to “the Valley” was the year he turned 11 to work on Uncle James’s farm (which is still there). He wrote about working in “the Valley” as a boy and stated that this was where he learned “to add tired to tired.”

By the time he had died in 1959 (at almost 92) the Taliesin estate had roads, trees, and his five buildings all laid out and designed by him. It is, in my opinion, the most profound three-dimensional work of art in the world.