What was on the menu the day they were murdered? 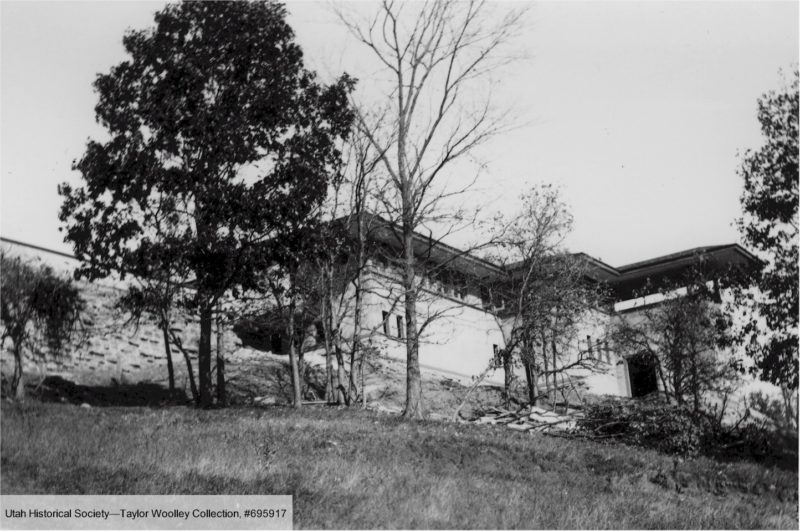 On August 15, 1914, while Frank Lloyd Wright was working in Chicago, a servant named Julian Carlton – for reasons that will probably never be known – murdered seven of nine people at Wright’s Wisconsin home, Taliesin, while they were eating lunch. Six out of the seven were murdered with an axe. Before/ after/ or while he was doing that (we don’t know), Carlton set fire to Taliesin’s living quarters, pretty much destroying that part of the building down to the stone (that’s why one of the victims, David Lindblom, died from his burns). Among those murdered was Wright’s partner, Martha “Mamah” Borthwick (formerly Mrs. Edwin H. Cheney).

The 1914 fire was a historic detail until the book, Loving Frank

Aside from Frankophiles (fans of Wright’s), this horrible act was mostly unknown to people for decades. In part because it happened before the existence of radio and television. In addition, it’s unbelievable (“Wait – you’re telling me that there was a MASS MURDER at the house of the guy who designed Fallingwater?”).

The murders were a strange, sad, fact until the August 2007 publication of Loving Frank, a novel of historical fiction by Nancy Horan. The book’s main character is Mamah Borthwick.

It was a huge hit: Loving Frank stayed on the New York Times bestseller list for 54 weeks.1

Soup? Could you explain that?

That question is because of the book, Death in a Prairie House: Frank Lloyd Wright and the Taliesin Murders, by William Drennan. It so happens that  Drennan’s book was published 5 months before Loving Frank. I think it would have faded into obscurity otherwise.

Drennan chose to write that Carlton served the victims soup before attacking them.

So – how to you know they didn’t eat soup?

I’ve read lots of newspaper accounts about the murders (over 75), but I’ve not found any proof that they were eating soup for lunch. And, aside from the fact that the victims were attacked at lunchtime, no one wrote what they were eating. And I doubt the reporters would have asked the two survivors (Herbert Fritz or William Weston).

Furthermore, let me tell you: southern Wisconsin can get very warm in the summer. Soup is kind of improbable. Drennan’s choice therefore led some of us at Taliesin Preservation to wonder if Carlton, or his wife, Gertrude (the cook), had perhaps served vichyssoise or gazpacho that afternoon.

Additionally, Taliesin wasn’t an upscale abode with a chef and butler. It was a house in the country:  Gertrude would not have had planned, printed menus.

Fritz (who escaped by jumping out a window), and Weston (who survived, but lost his son, Ernest) probably didn’t think or care about what was on the table since that day. It ended with horrific murders that were mostly done with an axe. If I sound intense, it happens when you think about seven people murdered, only one of whom died as the result of his burns, and three of whom were under the age of 14.

First published 8/9/2020.
Photograph at the top of this page was taken by Taylor Woolley, 1911-12. It shows the east facade of Taliesin. ID 695917. A larger version of this photograph is located through here at the Utah Historical Society.
The entire Taylor Woolley photograph collection is here. See this and other Woolley photographs in Ron McCrea’s book, Building Taliesin: Frank Lloyd Wright’s Home of Love and Loss.

1 By the way: people have asked me how “true” Loving Frank is. It’s remarkably accurate. The author definitely did her research. Obviously, the conversations that took place between Mamah and Frank are fiction, but many more things are backed up by research.

2 “us” being employees of Taliesin Preservation, in Wisconsin. Where I worked for half of my life before Covid.