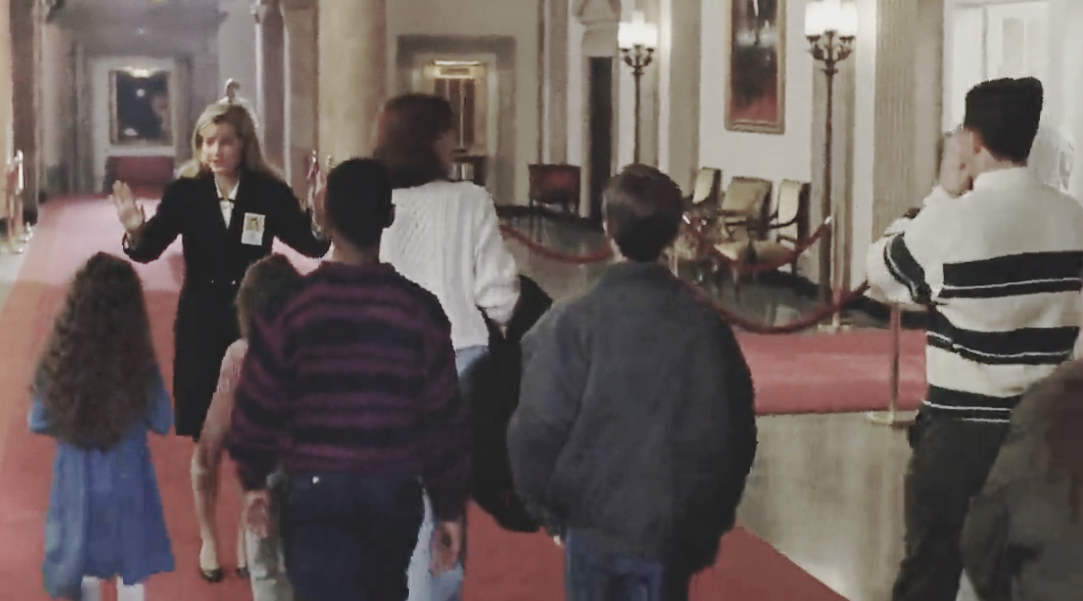 In this post, I’ll write some of what people on tours told me, or other guide staff, during the almost-25 years that I worked at Taliesin Preservation.

Giving tours exposes you to many things. In this case, visitors on tours told me things about architect Frank Lloyd Wright, his buildings, his personality, the murders at his house, etc.

In a way, that’s the beauty of it: you come into contact with so many different people and you’re all on a journey that lasts 1 to 4 hours. You’re all experiencing the same space at the same time and are interacting with each other. Even if they aren’t looking at—or listening to—each other.

Fortunately, though, I never expected people on tours to listen to me like I was a drill sergeant. So I didn’t take it personally if people on tour weren’t looking at me. I usually only asked them to keep their voices down if they were interrupting others on the tour.

That’s because I knew people were coming with their own backgrounds. Some loved Frank Lloyd Wright since they were 7 years old, and were now in their 70s.

On the other hand,

others might not know anything. Maybe they were on tour because their partners, children, or friends brought them. Maybe they were driving to The House on the Rock and thought they’d stop in….

Although, honestly, I really felt for the husbands who came on the Loving Frank Tour.

The book, Loving Frank, really appealed to women, and – at least from my perspective – the men on those tours mostly seemed to be the husbands/partners/boyfriends/friends of those women who had read, and loved, the book.

My job on those tours was walking the group around and describing what was there in 1911. Then I brought them to Taliesin’s Living Room and another guide (Margaret) did a book reading.

There were moments I had with the husbands/male partners at the end of those tours. I usually asked if they were there because their wives wanted the tour.

They all answered yes.

I’d often give a small nod and said that I hoped they were having a good time.

sometimes the guests had preconceptions. Hopefully, if those preconceptions were, well, on the wrong side, the guests didn’t argue on the facts. And I think I tried to be nice when there were some real zingers out there, but I honestly can’t be sure.

That’s because guides, for the most part, are on their own with guests.

And while I thought I was pretty nice, those are only my memories and interpretations. Perhaps someone on the tours thought I answered things like a b****y a-hole.

This one time I thought that I made a joke with a group. They were being slow and I said that,

“Boy you folks are harder to move than 2nd grade school teachers.“

yeah, that wasn’t a great line, but this is live, folks!

I said that because a week or two before this I was trying to move a group of women and one said,

Apparently, this other group took what I said as an insult. Fortunately I didn’t have to handwrite an apology to them.

No: I never heard of any tour guide having to handwrite apologies to tour guests.

But on the other hand,

no one complained the year I was going through a really painful time when I know I was bitchy for at least half of that season.

I’d ended a relationship before the season started and was not in the best of moods.
I liked giving tours b/c they got me away from the pain for a while, but I was constantly on the verge of bursting into tears.

There were sometimes, though….

“My guide told me at [another Wright site]

“The back of Wright’s chairs were so tall because he didn’t want people to look at the back of his head.”

“He had a room at Taliesin for both his wife and his mistress.”

“He designed uncomfortable furniture because he didn’t want people sitting too long.”

“Did Frank Lloyd Wright do a painting for Guggenheim or something?”

“Oh, I know that you guides all have some ‘script’ that you have to follow, but…?”

OK: I’ve got to unpack that last one there:

Joseph Stalin’s daughter—Svetlana Alliluyeva—lived at Taliesin for a few years in the early 1970s.

She came into the Taliesin universe in 19701 when she was invited to Taliesin West by Wright’s widow, Olgivanna Lloyd Wright.

Svetlana married William Wesley Peters soon afterward. Peters was the former son-in-law of Olgivanna and Frank Lloyd Wright. He had married their daughter, Svetlana (who died in a car accident in 1946).

Now, while marrying two women named Svetlana is probably not wildly unusual for people living in the former Soviet Union, it’s rather odd for people in the United States.

some people conflate all of the facts about Svetlana, and hear about Taliesin, and think that Frank Lloyd Wright married Stalin’s daughter.

We were at the end of our tour and driving up to the Frank Lloyd Wright Visitor Center. I asked those on the bus if they had any other questions. And one woman said,

As it so happens

At that time, I was renting my apartment from Svetlana’s daughter. She lived on the ground floor with her mother, and I lived on the second floor.

So, my I answer to “I heard Joseph Stalin’s daughter…” was

“No. Joseph Stalin’s daughter is not a bag lady living in London.”

The woman on the bus replied, “Well, I read it in the newspaper.”

And I believe I replied, more or less that,

“No. Believe me: she lives nearby, I’ve seen her, and had tea with her in her apartment last week.”

And, happily, this happened to be true!2

Originally published August 5, 2022.
The screenshot at the top of this post if from the movie, Dave, from Warner Brothers. I am not posting this to make money off of the movie, or any of its stars.

1 Thanks, again, to the Administrator of Historic Studies at the Frank Lloyd Wright Foundation, who gave me the correct year on Alliluyeva’s first visit. She has also helped me here, here, and I’m sure elsewhere if you search this blog.

2 I know this is true because I don’t usually drink tea and and I felt pretty good about having tea with her.

In the theme of “well, the guide told me…,” after I posted this, I read on a Wright page on Facebook that someone heard a Taliesin tour guide tell people that the Guest Bedroom of Taliesin housed Eleanor Roosevelt and Elizabeth Taylor (on separate occasions, of course). I posted as calmly as I could that, um, NO.

Those two women never stayed there.

That this was a case of

“the telephone game of tour guiding”

[I should copyright that term]

I’ll show you why I call it that:

Lady Bird Johnson, then First Lady of the United States, was invited to Taliesin. It was during her whirlwind “Crossroads USA tour“. Olgivanna Lloyd Wright invited her, but the Crossroads USA tour went so quickly (7 states in 4 days), that she didn’t stay at Taliesin overnight. So, one First Lady got confused with another First Lady.

whew. Now everything will be fine and no one will ever get anything wrong on tours again.