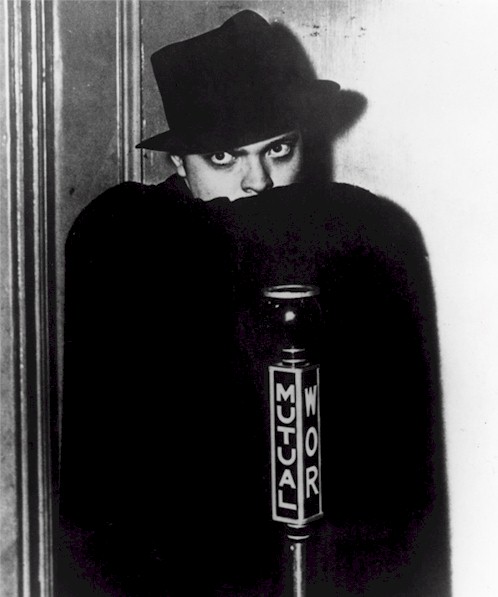 Nights on the weekend with OTR

How I learned about Old Time Radio1

While driving in the car one Sunday night in the late 1990s, I switched on the radio and caught a show that permanently changed my routine. The radio was tuned to 91.3, a Wisconsin Public Radio station, and that’s when I heard this: “Bob Bailey, in the exciting adventures of the man with the action-packed expense account; America’s fabulous freelance insurance investigator: Yours Truly, Johnny Dollar.“

I’m pretty sure I yelled, “WHAT?!”, and laughed maniacally while repeating “action-packed expense account!” and “Freelance Insurance Investigator!!” as I drove home. On top of that was the name of the character: Johnny Dollar.

(As someone said to him in the Johnny Dollar episode, “The Alvin Summers Matter“: “You can think up a better one than that…”. To which the fictional character in question replied, “Wise up, buster: it sounds so phony, it’s gotta be legitimate.”)

That’s how I learned

that Sunday evenings on that station, from 8:30-11 p.m., was time for Old Time Radio Drama. Two-and-a-half hours of old radio programs. The station later  expanded the time to three hours. Then they added a three-hour block on Saturday nights.*

But all I knew at that moment was that I seemed to have stumbled into some surreal landscape. Some of which I knew, like Burns and Allen, and Jack Benny. Most of which I didn’t (like Dollar and comedians “Bob and Ray”). From then until decades afterward, I spent Sunday (then Saturday) evenings attached to the radio, listening to old radio plays. I tuned in to hear: Westerns, comedies, mysteries, the dramas of the programs “Suspense” and “Escape”, and many others.

The start of a dear habit:

I was obsessive about listening after first coming across “OTR”. At that time, 91.3 only had the show on Sunday nights. Because those Sunday evenings were my one shot for the week, I turned down invitations to do things. And, on going out, I’d try to get home as the time inched up to 8:15.

with OTR as my consistent source of entertainment (and because I remember my complete addiction to television when I grew up), I’ve missed classic shows like The Sopranos, The Wire, and Breaking Bad.

But, really, why old radio plays?

I’m devoted in part because of their oddness. The shows include, among other things, casual sexism, characters instantly falling in love, offers of cigarettes and booze (oh, yes: booze; never wine or beer), and people—most often, detectives—getting knocked unconscious. These situations in the old shows are so humorous because they’re so absurd.

I also discovered through OTR the intelligence of the writing and of the audiences.

Here’s the thing: these people of the 1930s to 1950s understood what was being asked and expected of them. They weren’t patsies blithely accepting the objects that were put up for sale. They seemed to understand the falsity of whatever the purveyors put out there. Like an episode I listened to early on from Fibber McGee and Molly: the actors are approached by Harlow Wilcox who—as he always did—worked in an ad for “Johnson’s Wax“, with Molly McGee adding humor in her voice as everyone in the audience knew what Wilcox was doing—paying the bills for the show through advertising.

OTR also had a comforting formula:

the problem presented and most often resolved in a half-an-hour, or hour, whether it be in comedy, drama, or mystery. Although there are science fiction stories (like those from Ray Bradbury, Philip K. Dick, and others) that continue to disturb me (see Dimension X and X-Minus One, below).

And there are also the memorable lines, only a few of which I’ll introduce you to:

My surprise in finding depth in these programs comes from a portrait created for me when I was little. One perhaps, made by those who grew up with these programs themselves & later thought that “oh, that was so naïve.” An adult coming across an ad for the “cereal shot from guns” would see the consumers as childish because children were the main audience. But I also suppose, as we come further into popular culture (and where our culture can now be broadcast from our Smartphones), we have to learn, again, that our ideas are not new.

So, knowing there are things I don’t have space to write about, some of my favorites are below. These are in no particular order. Most of them are about a half-hour long and you can find them by using a search engine:

*The local radio stations stopped airing Old Time Radio after June 14 of that year.
Their sexism noted above, but also their racism, prejudice against different ethnicities, their frequent (PG-rated) violence (lots of killing with guns but very little blood), and other things I’m sure I’ve missed, were in large part the reason that WPR stopped the program, effective two days after the announcement on June 12. The decision to end the program came about 7 weeks after the murder of George Floyd and the United States was having a lot of conversations and protests about racism. Because of this, it was dumbfuckingly obvious that the shows needed to go off the air. But for another “obvious” statement: one of the reasons I miss the shows is that I won’t listen to episodes unless someone else makes the decision and picks what I’m apprehensive about.

What makes this all odd is that I, personally, can listen to this stuff whenever I want, but others may not because they don’t have computers or smartphones. Although, given what I’ve written, I can only assume that my serendipity will happen to someone else in the future.

First published 11/17/2020.
The photograph at the top of this post is Orson Welles during a taping of “The Shadow”. Public domain image. From Wikimedia Commons.

I wrote about an apprentice of Frank Lloyd Wright’s in my post, “Gene Masselink“. Gene wrote about the listening to the radio in 1937. Of course, when he wrote about Old Time Radio, it was just. . . radio.

1 I have childhood memories of hearing Old Time Radio programs in the car when dad would drive us home at night from some evenings out. But I didn’t really remember them until my reintroduction to it as an adult.