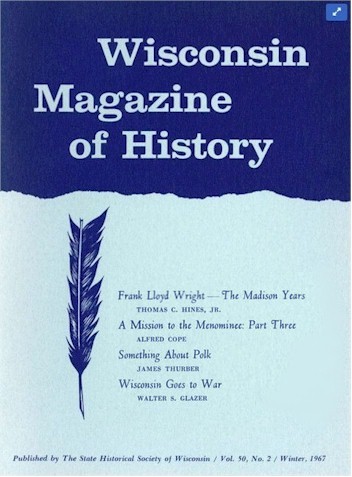 That’s what a former boyfriend once told me. I believe that came after I’d spent feverish, anxious hours trying to change every incorrect utterance online to Frank Lloyd Wright’s birth date: June 8, 1867. What was wrong? People wrote (and still sometimes write) incorrectly that he was born on June 8, 1869.

What can I say? It was the 1990s and the World Wide Web was this new, awesome wonder. I thought I could send out the correct information, leading to an avalanche of facts, truth, and scintillating, heartfelt dialog.

—he’s also responsible for people believing he was two years younger than he actually was. He wrote about it and mentioned it in interviews so that, by the time he died in 1959, everyone thought he’d been born in 1869. Wright’s obituary from The New York Times (linked to in the last sentence), stated the architect died on April 10, 1959 at age 89; in reality, he was 91. That’s some deep stuff when the Paper of Record has it wrong.

This got in the paper even though his sister, Jane Porter (he designed her and her husband’s home), was born—when?—1869. She was born in late April. Catholic twins aren’t even born that closely together.1

Wright’s lie/falsehood/untruth was not dispensed with until 1967, 8 years after his death.

That’s why his birth year is incorrect if you see his original grave site at Unity Chapel in Wisconsin. The marker was made before they figured out the truth.

One scholar and finding the truth:

In honor of Wright’s birthday, I’ll relate the info from an article by scholar Thomas Hines, who uncovered the truth. Hines wrote the article on his findings in the Wisconsin Magazine of History, in Volume 50, number 2, Winter 1967, 109-119.

The article is “Frank Lloyd Wright—The Madison Years: Records versus Recollections”. In it, Hines detailed how we all got things wrong about Wright’s education, age, and his parents’ divorce. And that’s because,

2. One of the schools that Wright attended (the “old” Madison High School, now Central High School):

Wright’s name appears… once in the surviving records of his high school. In the oldest volume… in the school’s collection… Wright’s name appears near the end of the book, with his father’s name, his address, 804 E. Gorham and his birth date, ‘June 8, 1867.’
Hines, 110.

3. His parents divorce records. The records record that:

Why did the architect lie?

the new birth year of 1869 did not come into use until November 1925.2  Conceivably, the immanent arrival of his seventh child3 and the fact that Olgivanna was so much younger were the precipitating factors. However, a year later, when the idea of incorporating himself came to him, it would have occurred to the prudent side of his nature that it was far easier to sell shares on the future of a man still in his fifties than on one who is almost sixty.
Meryl Secrest. Frank Lloyd Wright: A Biography (1992; HarperPerennial, HarperCollins, New York City, 1993), 334.

The piece by Hines addresses not just Wright’s lie about his age, but also the architect’s lies about his education, and his parents’ divorce. In sum: Wright’s recollections did not match the factual records.

In the end, Hines speculated on why Wright altered the facts:

[S]lowly over the years, Wright’s unique creative nature demanded and conceived for himself a persona, a mythic personality surrounded by a partially mythic world; that indeed he had no conception of objective “truth” as most people define it, but that he determined the truth of all things by the degree to which such things supported or contradicted the “truths” of his own world. A family situation and an education as he described them seemed, therefore, more appropriate and acceptable as an introduction to his life than the real situations had been.
Hines, 119.

So, 8 years after his death, people began to realize what Wright meant when saying, “The truth is more important than the facts.”

Addendum: Update on the date:

After publishing this blog, one of my subscribers, who is the Administrator for Historic Studies at the Frank Lloyd Wright Foundation, gave me information on their understanding of Wright’s change of his birth year. She wrote that:

Mrs. Wright told people that Mr. Wright had always given that date as the date HIS mother gave him, and she took it as truth.
On June 21,1967 Mrs. Wright responded to a letter from Catherine Baxter4 who was annoyed by the false birth day given for Mr. Wright:

“Dear Catherine, I fulfilled my promise to you and spoke of your father’s mixed dates as you will find in these articles…”

1 I knew two brothers in my class in grade school who were born 10 months apart. Until I heard about their birthdays, I’d assumed they were fraternal twins. I hadn’t learned the term “Catholic twins” until much later, but it was Catholic school. Hence, I also had two classmates with at least 7 siblings a piece.