How did Frank Lloyd Wright feel about Christmas?

Someone asked me that question in early December. Yet, I’ve tried to answer it, with no clear success, for years. After all, Wisconsin can be charmingly Christmas-Themed, with a dusting of snow and a chill in the air.* In addition, in his autobiography, Wright described Taliesin in winter as being a “frosted palace roofed and walled with snow”. But, he didn’t seem especially fond of Christmas, particularly in the first years after he built his Wisconsin home in 1911.

In 1924, when Wright had a new love in his life, his future wife, Olgivanna, he wrote her a letter saying that Christmas reminded him of his children he had left in Oak Park, IL in 1909. His letter to her is in The Life of Olgivanna Lloyd Wright, 234.

However, less than a decade after they met, the Wrights began the Taliesin Fellowship, and eventually Wright would leave Wisconsin in the winter, spending that time with his family and apprentices at Taliesin West in Arizona. Thus, Christmas became an activity enjoyed by the group in the desert. To read about their Christmases, read The Life of Olgivanna Lloyd Wright.

He did have plenty of these in the 1890s/early 1900s with the family in Oak Park. They were described aplenty in the book written by Wright’s second son, John. In John’s the book, My Father, Frank Lloyd Wright (first published in 1946 under the amusing title, My Father, Who is on Earth), he wrote about growing up in Oak Park, and later working with his father. These memories also include how he felt about his dad as a father; the day of Taliesin’s 1914 fire; and the day his dad fired him! It’s unique and you should pick it up.

John wrote memories involving Christmas while growing up. One of these memories is a Christmas Eve night when he was perhaps 5 or 6. I’ll leave you with John’s description of watching his father put the presents out, then his father “caught” him and carried him back to bed:

…. He unboxed toys on a big white sheet under the tree, sat on the floor and played with each one before placing it. When he played with the mechanical donkey that jumped up and down I almost dashed in. When he pulled out a monkey that climbed a string, I giggled so loud the jig was up! Out rushed Papa, swooped me up in his arms, whisked me backed to bed, told me I had been dreaming. I still like to think it was a dream—and good old St. Nick, a reality. And not too long ago, Dad said, “I still believe in Santa Claus.”
John Lloyd Wright, My Father, Frank Lloyd Wright (Dover Publications, Inc., New York; 1992), 40.

First published, 12/23/2020
The winter photograph taken at Taliesin at the top of this post is by Kevin Dodds and was reproduced with permission. 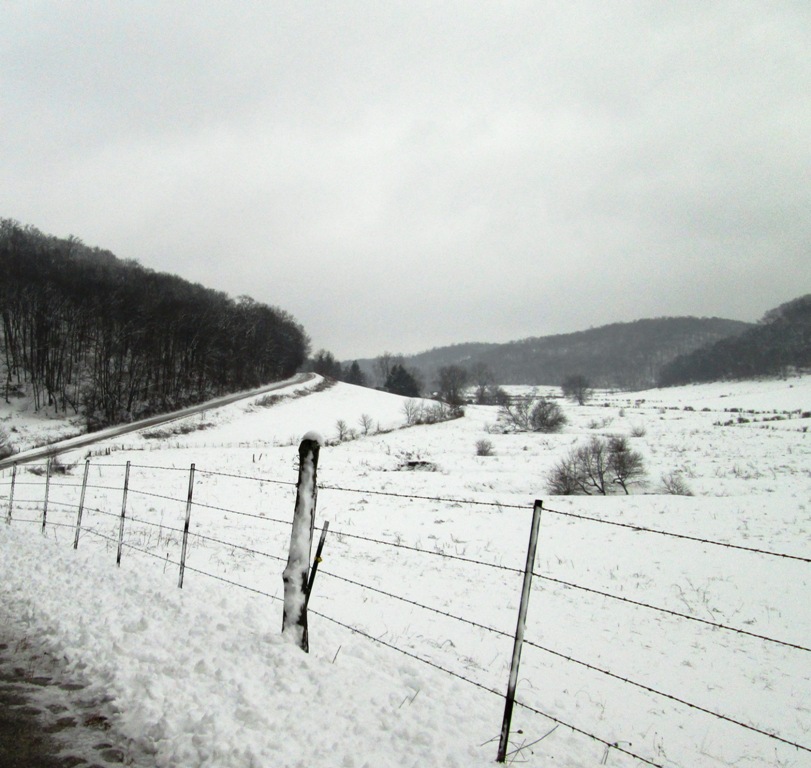